American Horror Story Season 10 Episode 7, “Take Me to Your Leader” follows a group of young adults who are forced into the sewers of Derry, Maine. The show is set in an alternate reality where society has been divided between those who have had the misfortune of being born with supernatural abilities and those who do not.

American Horror Story Season 10, Episode 7, Take Me to Your Leader is an episode of the horror anthology television series. It aired on September 18th, 2018 and was written by Scott L. Schwartz and directed by Michael Patrick Jann.

REVIEW: “Take Me to Your Leader,” Season 10, Episode 7 of American Horror Story

The second part of American Horror Story: Double Feature begins with “Take Me to Your Leader.” The tale begins in New Mexico in 1954, with a family at home. Maria (Rebecca Dayan) summons her son to the house, but he continues to ride his bike. Maria kills her spouse because they’re both possessed by aliens. Meanwhile, anomalous discoveries in the California desert alarm President Dwight Eisenhower (Neal McDonough). At the site of a UFO crash-landing, an extraterrestrial body and a lady claiming to be Amelia Earhart (Lily Rabe) are discovered. Amelia is discovered to be two months pregnant by medics at a neighboring military post, and she breaks down in tears when the President asks her. Maria comes, floating, and informs the President that he will not be the one making demands as a result of the extraterrestrial body’s examination.

Four high school friends reunite for the first time since starting college in the present. Cal (Nico Greetham), Jamie (Rachel Hilson), Troy (Isaac Cole Powell), and Kendall (Kaia Gerber) plan to embark on a desert Luddite camping trip. Kendall discovers cows that have been sliced in half but still react to light and touch, and things quickly become strange. The party chooses to return home, but they are kidnapped and pregnant by aliens.

The 1950s section of “Take Me To Your Leader” is one of my favorites. This is the first time Neal McDonough has appeared on American Horror Story. He was only familiar to me because of Captain America: The First Avenger. His quiet portrayal as President Eisenhower, on the other hand, underpins an otherwise fantastic tale. Sarah Paulson also excels as Ike’s wife, Mamie, in a short appearance. The black-and-white picture, along with the cheesy, over-the-top B movie soundtrack, provides the sort of vintage horror experience I wish this program provided more of. Even the aliens’ bland and generic appearance appeals to me. This “Death Valley” section seems like a labor of love, an ode to vintage science fiction and horror B films. Lily Rabe as Amelia Earhart looks fantastic, and I’m hoping to see more of her in the next three episodes. I’m concerned that “Death Valley” will seem hurried to wrap up loose ends in the same way that “Red Tide” did. “Death Valley” only had four episodes compared to six in “Red Tide,” and “Take Me To Your Leader” was only around 40 minutes long without commercials. I found it strange that Ike was getting his hands filthy, inspecting the accident site, and interrogating Amelia directly. This doesn’t worry me too much, and I may be mistaken, but I get the impression that some of these duties will be transferred to someone less important and busy.

The eerie, somewhat corny mood of these sequences contrasts sharply with “Red Tide’s” more restrained approach. In some ways, this makes the “Double Feature” concept all the more attractive, showing two distinct horror subgenres side by side and possibly linking them. I wish we had seen more of this time period and its people, and I hope we do in the following three episodes. I’m also curious as to if (and how) “Red Tide” and “Death Valley” are linked. I knew the alien and vampire wrestling teasers would be a ruse, but it would still be interesting to learn why these two tales were combined together. Do these aliens, for that matter, have anything in common with the ones we saw in “Asylum”? The vampires in “Red Tide” were unrelated to those in “Hotel.” Nonetheless, the latter had a satisfactory ending and didn’t leave any vampire-related concerns unanswered. The extraterrestrial subplot in “Asylum” appeared to appear out of nowhere, didn’t have a satisfying conclusion, and never really linked in with the main narrative.

I didn’t care for the darker subplot set in the current day, as much as I liked those moments and people. Despite the unusual events and the presence of actual aliens, the “previous” timeline’s muted performances and smooth connections gave it a genuine air. These bar patrons quickly go into the nitty-gritty of their sex lives in painful detail, to say nothing of Troy’s rampant drug addiction. Another example of comparing various horror genres may be found here. Some of these changes are likely related to the cultural transition that occurred over that roughly 70-year period. I was, however, really enjoying the 1950s part and wanted to see more of it. Strangely, this reminds me of Jupiter’s Legacy. The events surrounding the founding of the Union in the past were chilly and mysterious. It was painful to go back and forth between it and the Utopian’s whining, unpleasant children.

In this season’s episode “Red Tide,” we also got a peek of the current day. In “Death Valley,” I believe I can see how they’re connecting the present and past together. The children discuss how technology has advanced so quickly in the past half-century. Apparently, aliens are to blame for all of this progress, and there will be terrible repercussions. These moments are just too melodramatic for my tastes. Jamie’s inability to have sex with her partner seemed to be tossed in for a chuckle, but it’s not the sort of thing that makes me giggle. In every sense of the term, Troy and Cal are just too much. Some may dislike them because they are so openly homosexual, but I wouldn’t want this amount of detail from a heterosexual pair either. The majority of their discussions are unbearable. Kendall’s guy is almost certainly going to be violent. It’s one thing to choose a Luddite lifestyle for oneself. But pushing it on Kendall, including denying her the ability to Google her symptoms, is very domineering and manipulative.

So far, the acting and language in “Death Valley” are destroying the present-day plotline for me. I’m hardly a prude, and American Horror Story isn’t shy about using adult comedy and profanity. Nonetheless, the sex language in this section of “Take Me To Your Leader” is cringeworthy and overused. Kaia Gerber, Nico Greetham, Rachel Hilson, and Isaac Cole Powell (all of whom featured in American Horror Stories during the summer) do nothing to alleviate these fears. These performers lack charm and don’t do a good job of selling the characters’ relationship. When compared to the connecting connection with the kids, a corny horror movie from the past seems as mild as a funeral. 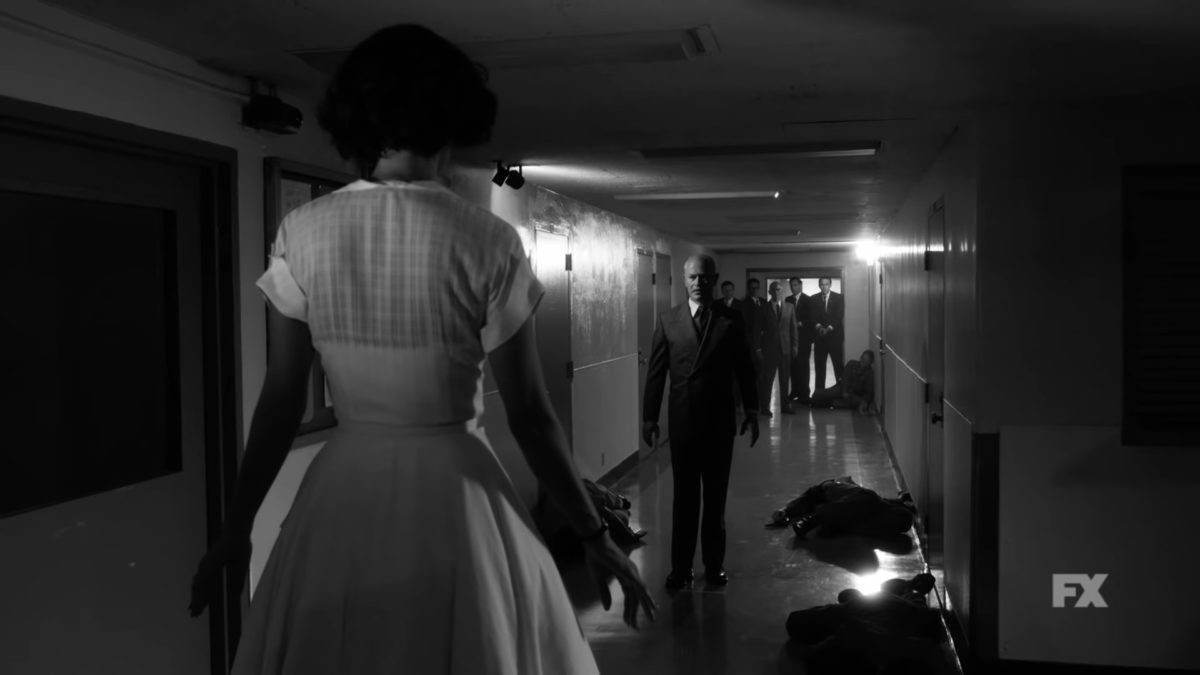 In general, I like half of “Take Me To Your Leader,” while the other half was interesting. The performances of Neal McDonough, Sarah Paulson, and Rebecca Dayan are grounded and “realistic,” keeping the extraterrestrial antics anchored in some sort of realism. This segment’s lighting and costumes are also fantastic, as is the soundtrack. However, I’m not sure how much hearing and seeing four young people talk about the most horrific aspects of their private lives was necessary. The joke about the two men becoming pregnant was amusing, but not quite enough to make up for the rest of the show. I’m still going to watch the remainder of the season, but I’m hoping they concentrate on the Eisenhower narrative rather than the cardboard cutout committee in the future.

In general, I like half of “Take Me To Your Leader,” and the other half was very interesting.

The Fruit Of Evolution: Before I Knew It, My Life Had It Made Episode 1: October 5 Release and Speculations