The 22nd Korea Queer Film Festival, or KQFF 2022, is a film festival. It is held annually in Seoul every November by the National Human Rights Commission of Korea and has been recognized as one of the most influential LGBTI festivals worldwide. The purpose of this year’s contest is to identify new queer media artists who use social networks such as Youtube, Instagram, Facebook and Twitter to creatively express their ideas about gender identity through digital videos that are less than 10 minutes long.,

The “film festivals 2021” is a film festival that takes place in Seoul every year. This year, they are hosting the 22nd Korea Queer Film Festival. The festival will take place from August 16th through September 2nd. 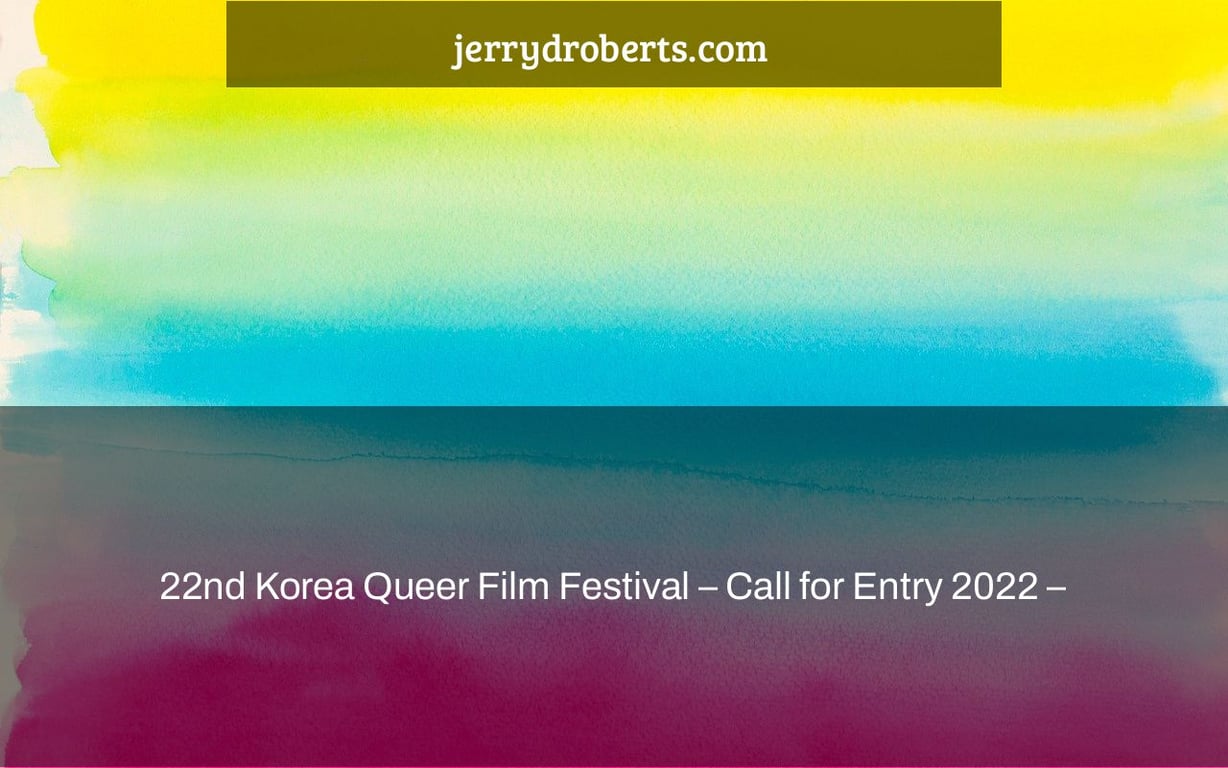 Films may be submitted to the Korea Queer Film Festival until March 31st, 2022.

The following is information about the festival: Since its inception in 2001, the Korea Queer Film Festival (KQFF) has been an annual event in Seoul, Korea, as part of the Seoul Queer Culture Festival (SQCF), the country’s biggest LGBTQ+ festival, with over 150,000 attendees. KQFF has grown significantly from its inception as a tiny screening event, showing more than 70 films last year and celebrating its 20th anniversary next year. KQFF’s objective, as a volunteer-run non-profit, is to promote diversity and produce cultural resources for the LGBTQ+ community by bringing queer voices to the screen. KQFF serves as a public platform for cultural and political goals such as anti-discrimination laws, the potential of identity politics, and social structural abnormalities.

General Rules: – While the festival accepts films from previous years, we encourage submitting films from the last two years (2020-2021) to improve your chances of being chosen. – Short films under 40 minutes and feature films over 50 minutes are accepted into the festival. – FilmFreeway is the sole way to submit international films to the festival (See link below). – Films on LGBTQ issues must be prioritized. – Films may be made in whatever language you choose. Subtitles in English must be included in all films. – Premier rank is not governed by any precise rules. Films that have been on television or are accessible on streaming services (Netflix, Hulu, etc.) or on DVD may also be submitted. – Deadline for submissions and fees:

The entire Rules and Regulations may be found here: https://filmfreeway.com/KoreaQueerFilmFestival

Please click on the following link to view more Calls: “Call For Entries.”

Where To Stream The Matrix Reloaded (2003) Online? Is It On Netflix, Prime, HBO or Others?